THE HEROIC VINES THAT GIVE ORIGIN TO BACIO DELLA LUNA WINES SIT ON THE HILLS OF CONEGLIANO AND VALDOBBIADENE, HERITAGE OF HUMANITY.
READ MORE

Our soils are very ancient, rich in sediments partly of Dolomitic origin, partly marine and lake. A mild and favourable climate, rainy but windy, with ideal exposures and a great biodiversity. An almost exclusively manual viticulture, in which heroism and craftsmanship go hand in hand through the work of the men and women who act as true guardians of the territory.

The Bacio della Luna wines are produced in a territory which has been officially inscribed on the World Heritage List of UNESCO since 2019.

Wines of Conegliano – Valdobbiadene: amongst hills dedicated to viticulture for centuries

We are located 50 km from Venice, in the province of Treviso, halfway between the towns of Conegliano and Valdobbiadene, where viticulture has been part of the local fabric for over three centuries.

Here the vines are grown at altitudes between 50 and 500 meters above sea level, in the sunniest part of the hills. The often steep and impervious slopes make mechanical harvesting impossible and often require the most heroic viticulture efforts. The efforts made are rewarded by the beauty of the scenery and the quality of the harvested grapes.

Ideal position, rich soils and a variety of microclimates: this is how Valdobbiadene wines are born

The mild climate and our location between the sea and the Prealps ensure constant ventilation, which is essential for preventing rot and drying the grapes, as we often experience frequent but short summer showers. The temperature range, deriving from the altitude, contributes to the development of the aromas. The ideal exposures of the vineyards, mainly south-facing thanks to the east-west development of the hills, offer all the hours of sunshine needed by the grapes to reach the perfect ripeness.

In addition to this, the extraordinary richness and diversity of the ancient soils, the downstreams from higher glaciers of the Dolomites into the tertiary era helped to shape part of the hills, leaving a legacy of deep rocky and sandy soils, rich in clay and iron. The raising of the sea and lake bottoms has instead generated shallower and more filtering soils, composed of marl and sandstone.

The different slopes – softer in the Conegliano area, steeper in Valdobbiadene  – combined with the variety of soils, the exposure and the different types of terroirs and micro-areas, amongst which we find the prestigious cru of Cartizze, are all part of a tremendous viticultural heritage which you can instantly get when opening a bottle of Bacio della Luna. 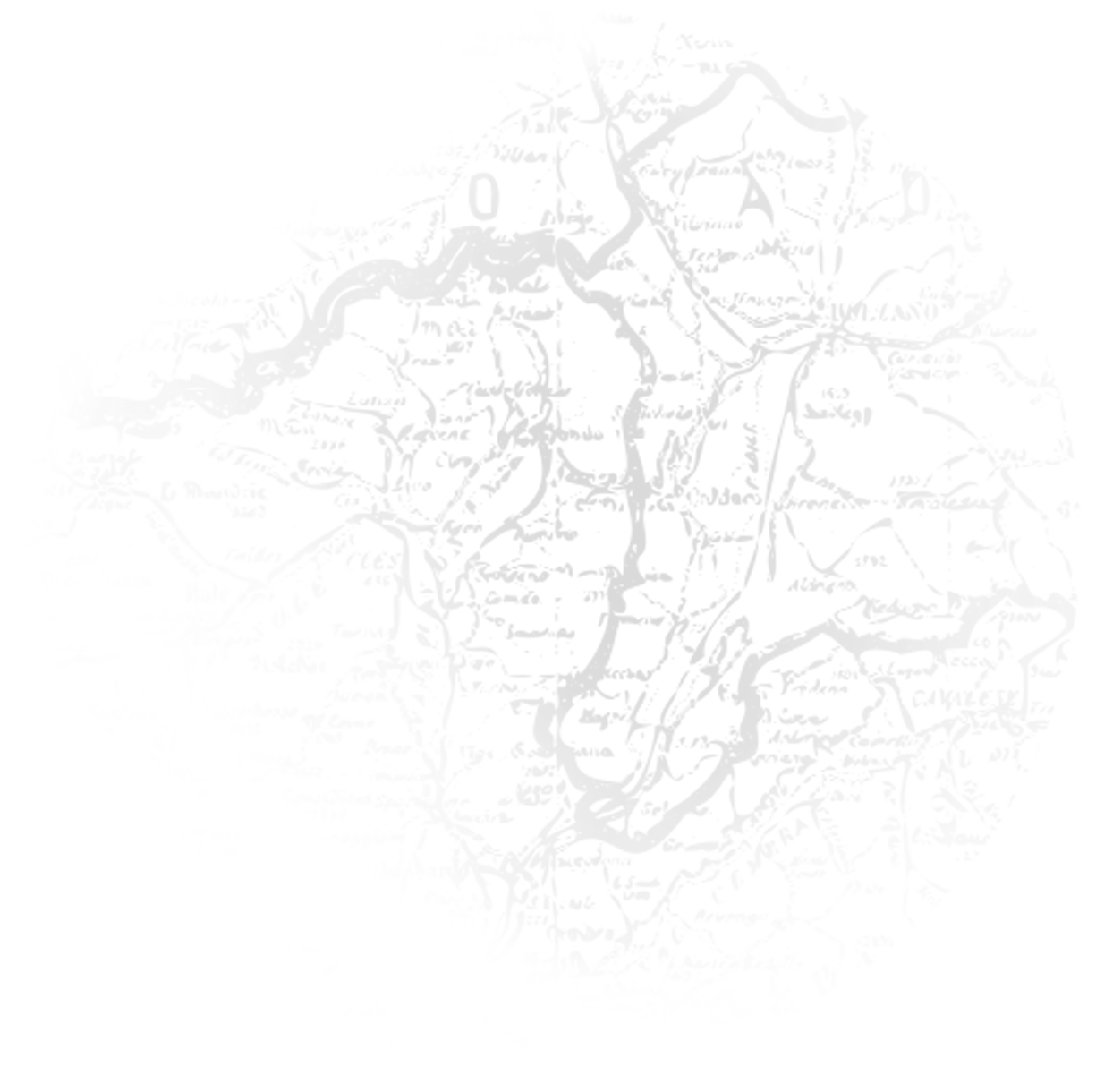 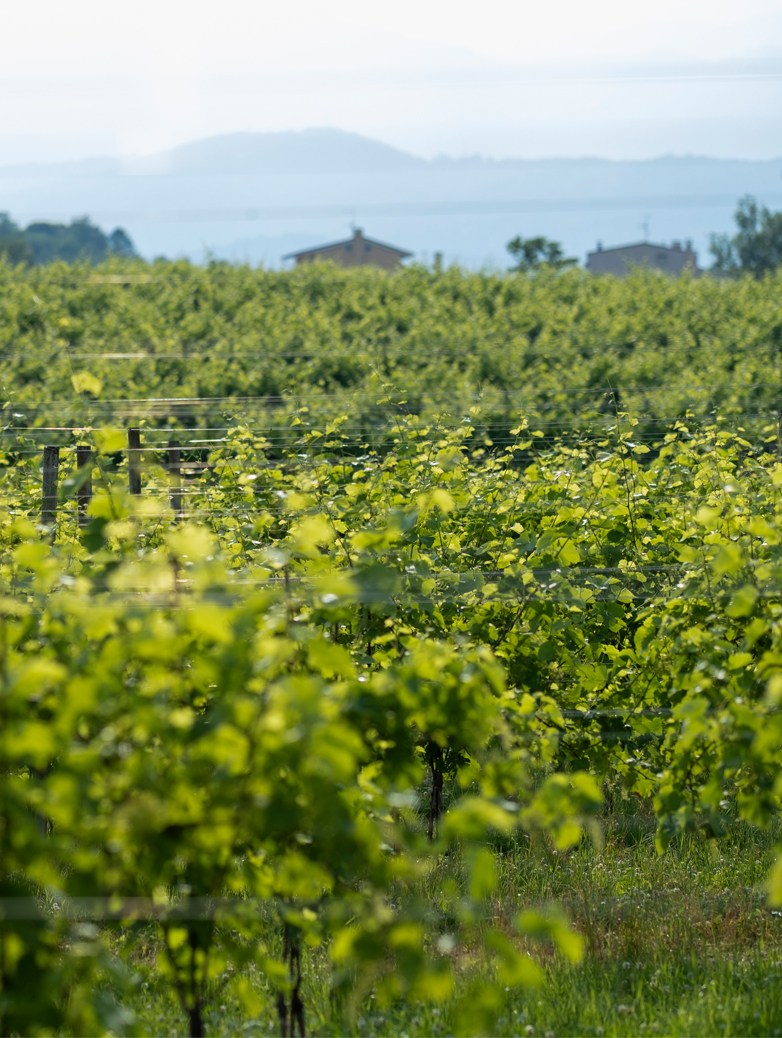 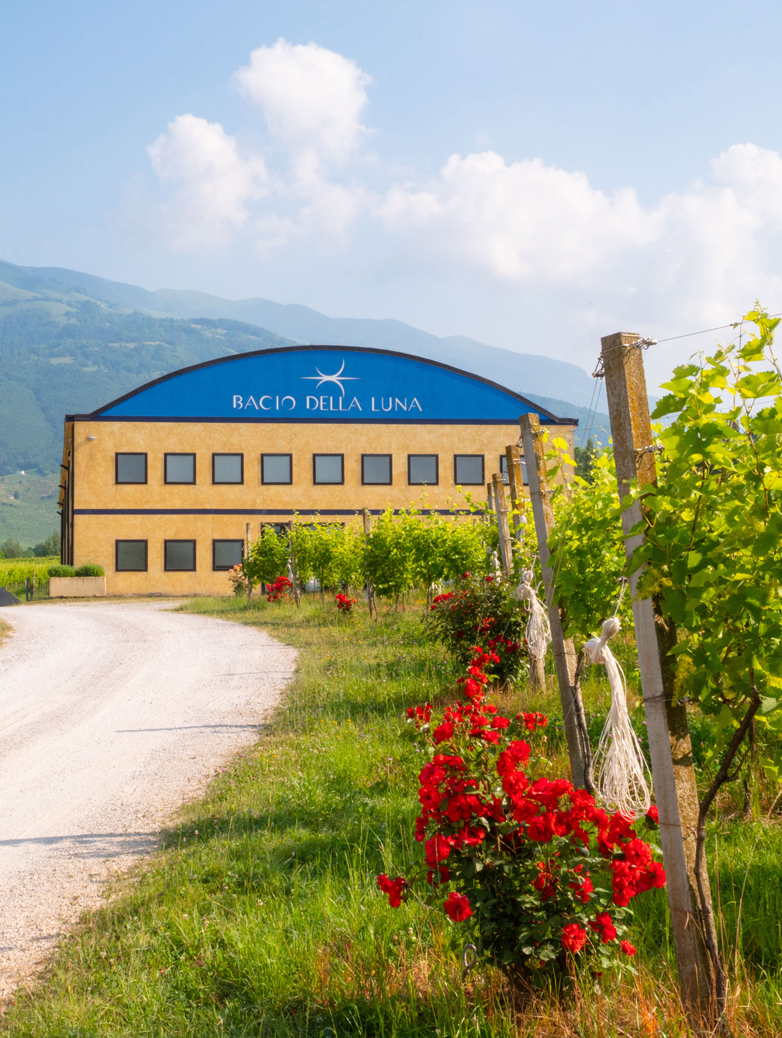 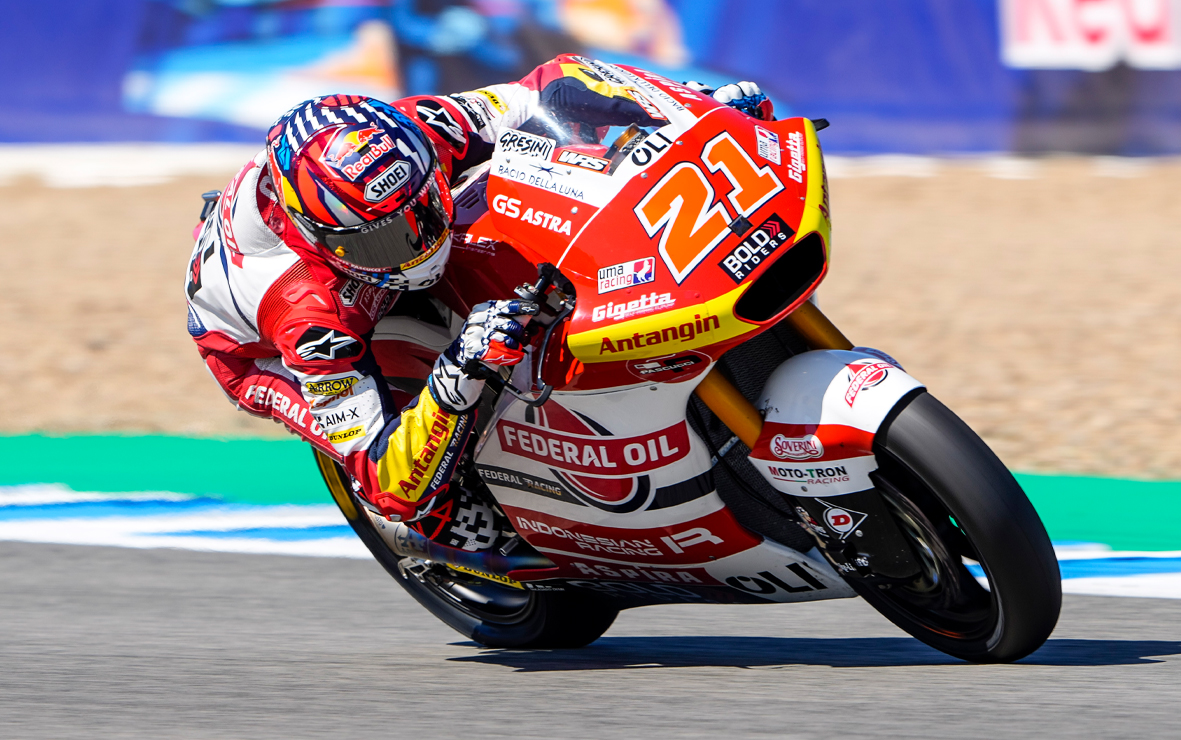 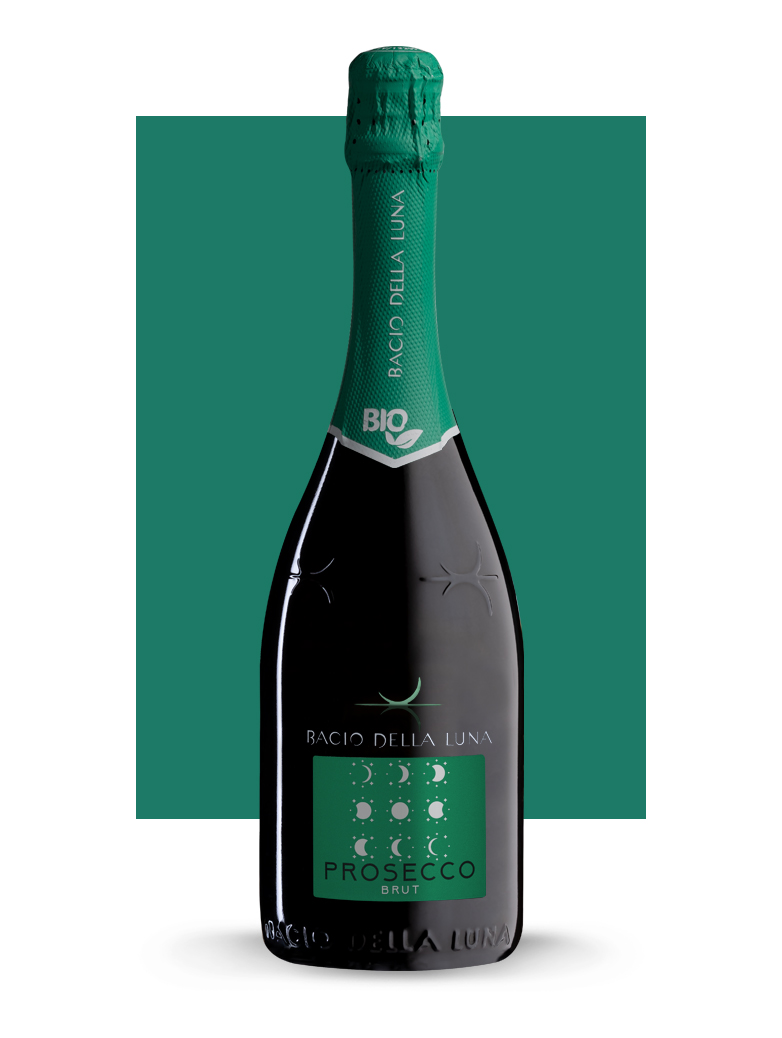 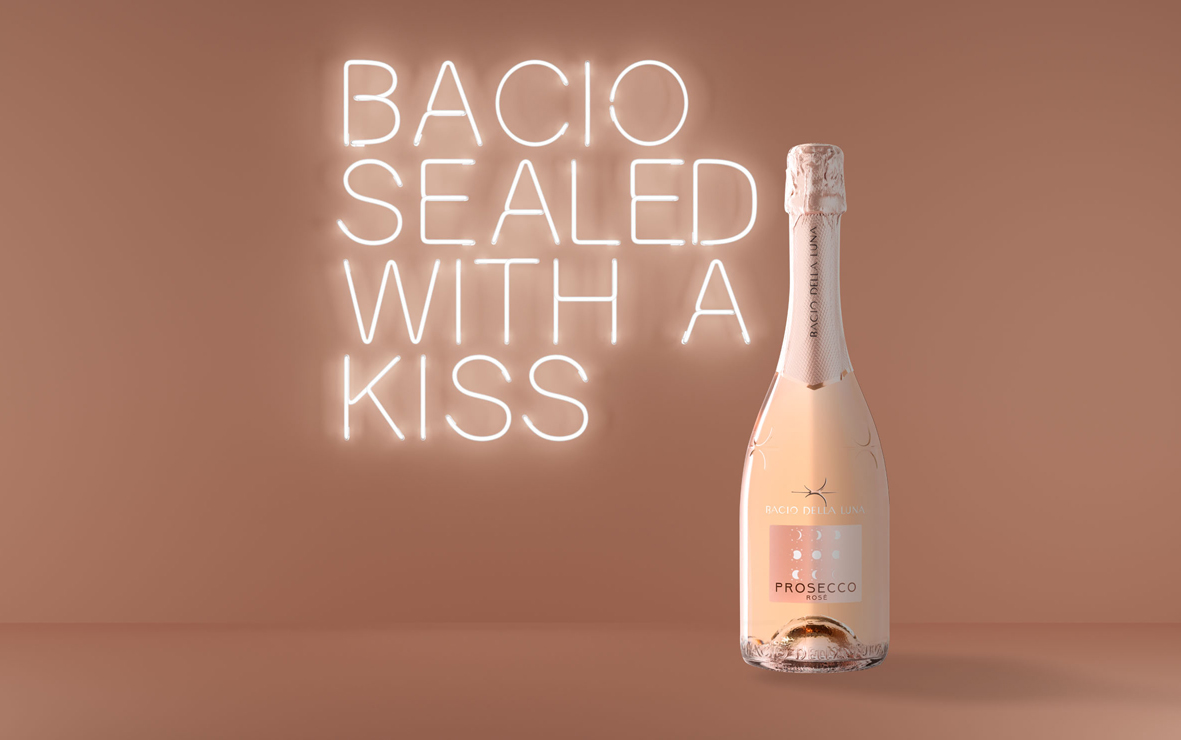 Bacio della Luna is part of the Conegliano Valdobbiadene DOCG Consortium, an organisation that has led the project to help our territory become a UNESCO World Heritage Site.

A cultural landscape and a unique place in the world, where winemakers play a role of guardian and protection of our land through their precious daily work. 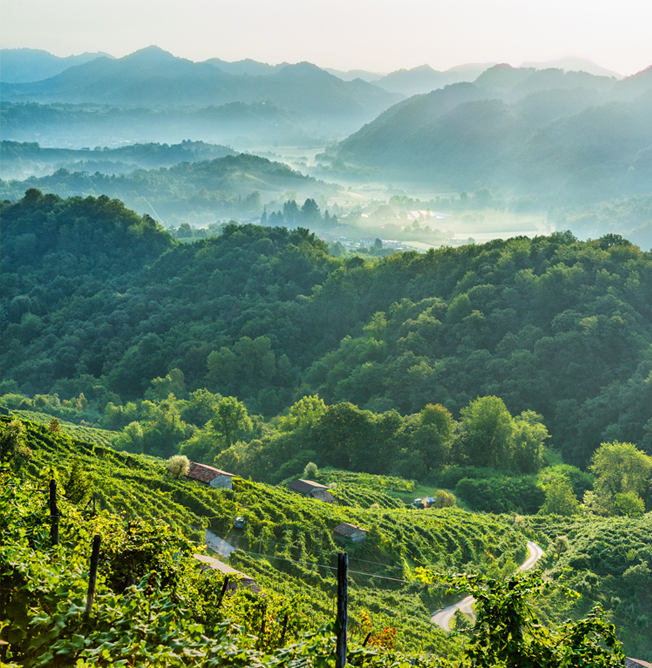 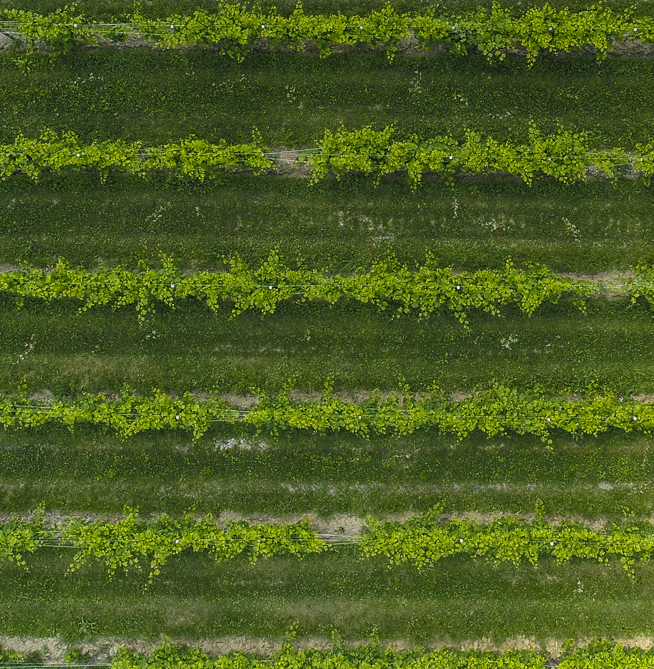 The land plays a central role in determining the aromatic profile of the wines. The origin of Conegliano-Valdobbiadene dates back to the tertiary era and is due partly to the downstreams of the Dolomite glaciers, and partly to the retreat of seas and lakes. This explains the great variety of soils: those of dolomitic origin are deep, rich in clay and minerals; those of marine origin are composed of marl and sandstone, less deep and more filtering.

For over three centuries, Glera has been the undisputed flagship grape of the Conegliano-Valdobbiadene hills. The bond between Glera and these lands is so deep that this grape variety used to be called  ‘Prosecco’. This semi-aromatic white grape variety needs humid and sunny conditions, which is why it loves hilly slopes of Valdobbiadene. 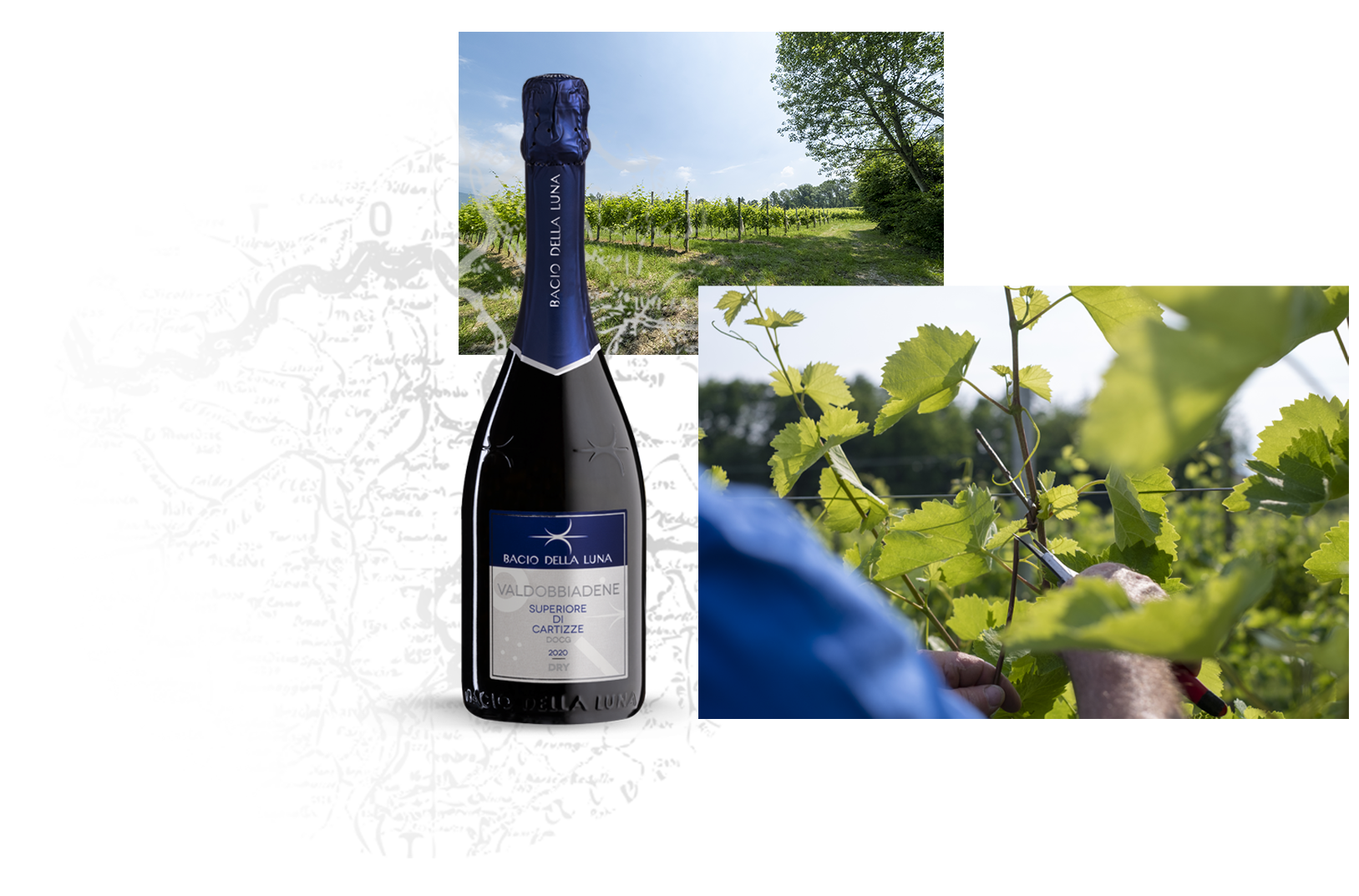 Subscribe to the Newsletter to keep in touch with the world of Bacio della Luna.